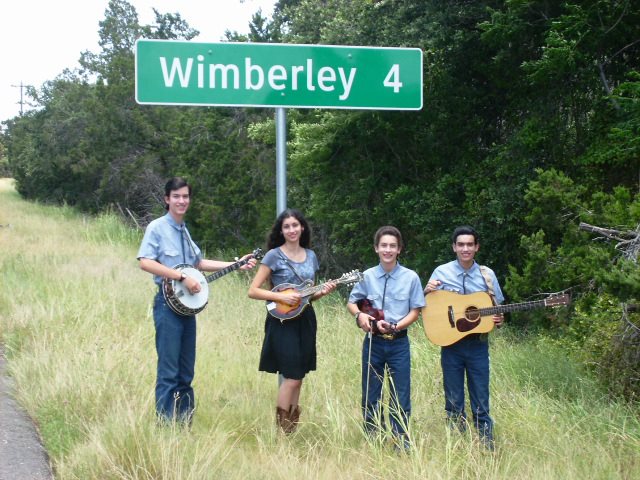 The Wimberley siblings got started in music by listening to Vintage Country and Bluegrass, and soon developed a love for the music. They asked their parents for instruments for Christmas 2006, and taught themselves to play them. They learned many songs by going to jams and by listening to their favorite Bluegrass artists, such as Bill Monroe, Flatt & Scruggs, Doyle Lawson, and Ricky Skaggs. The Wimberleys’ first performance was in January of 2008.

The Wimberley siblings did not start out to be a professional band, but after receiving much encouragement through many repeated requests to perform, they realized that there was a great demand for a young sibling band that played such a delightful genre of music as bluegrass. Then the siblings, with one mind, wholeheartedly agreed to pursue this as an ongoing business.

Wimberley Bluegrass Band has released four CDs and performs at many notable venues in California. This year, the band booked a summer tour and played several dates each in both Mountain View, Arkansas and Nashville, Tennessee! In February 2015, their song “Hard Working Man” was featured in an episode of ABC’s nationally broadcasted sitcom “The Middle”. Currently, the band continues to perform regularly, while the Wimberleys are full time students at Chapman University where they pursue an education in various business majors to further their band.