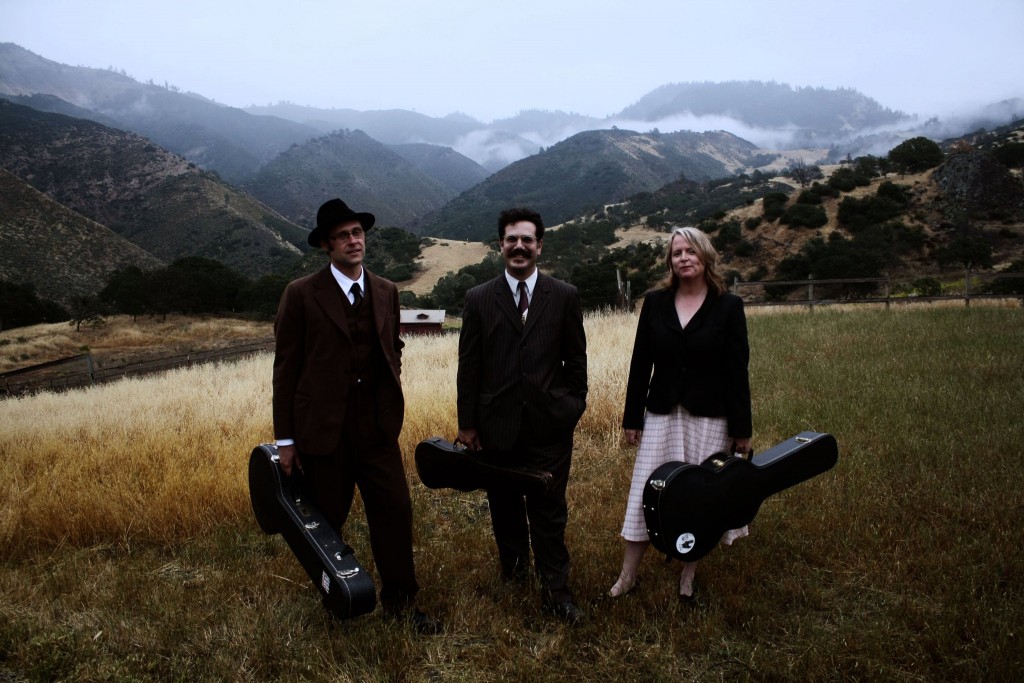 Triple Chicken Foot is an Old Time trio playing fiddle and banjo tunes and songs in Los Angeles, California with Ben Guzmán on fiddle/mandolin, Mike Heinle on banjo and Kelly Marie Martin on guitar. They all three sing. For over six years, playing old time music in Los Angeles, they have performed at the Autry National Center, LACMA, The Watkins Family Hour, weddings, numerous clubs around Southern California and on NPR. They have also performed at local festivals: Goleta Fiddlers Convention, Topanga Banjo and Fiddle Contest and the New Los Angeles Folk Festival, up the west coast at the Portland Old Time Gathering, the Berkeley Old Time Music Convention, and on the Palomino stage of the Stagecoach Festival.

In 2011 they were voted “Best Folk Band in LA” by the LA Weekly and 2012 they had a full-length feature article in the Los Angeles Times Arts section and a studio session for Roz Lurman’s FolkScene radio show on KPFK.

Spending time with veteran players around Los Angeles and the country at many late night jams, they have been soaking up fiddle tunes and gospel songs, and have found their voice with foot stomping dance tunes, beautiful duets and intense three part harmony of acapella ballads.

The band tries to honor the tradition of the roots of this music as an oral and community-based experience by hosting monthly jams, square dances with caller, Susan Michaels and in producing the annual Los Angeles Old Time Social. This three day event features concerts, free workshops with master musicians, dancers and callers and ends with a family dance, cakewalk and evening square dance.

They have two full length albums: Meeting in the Air (2006) and Tar River (2010),mixed by Joseph “joebass” DeJarnette in West Virginia. Both are available at CD Baby and bandcamp.