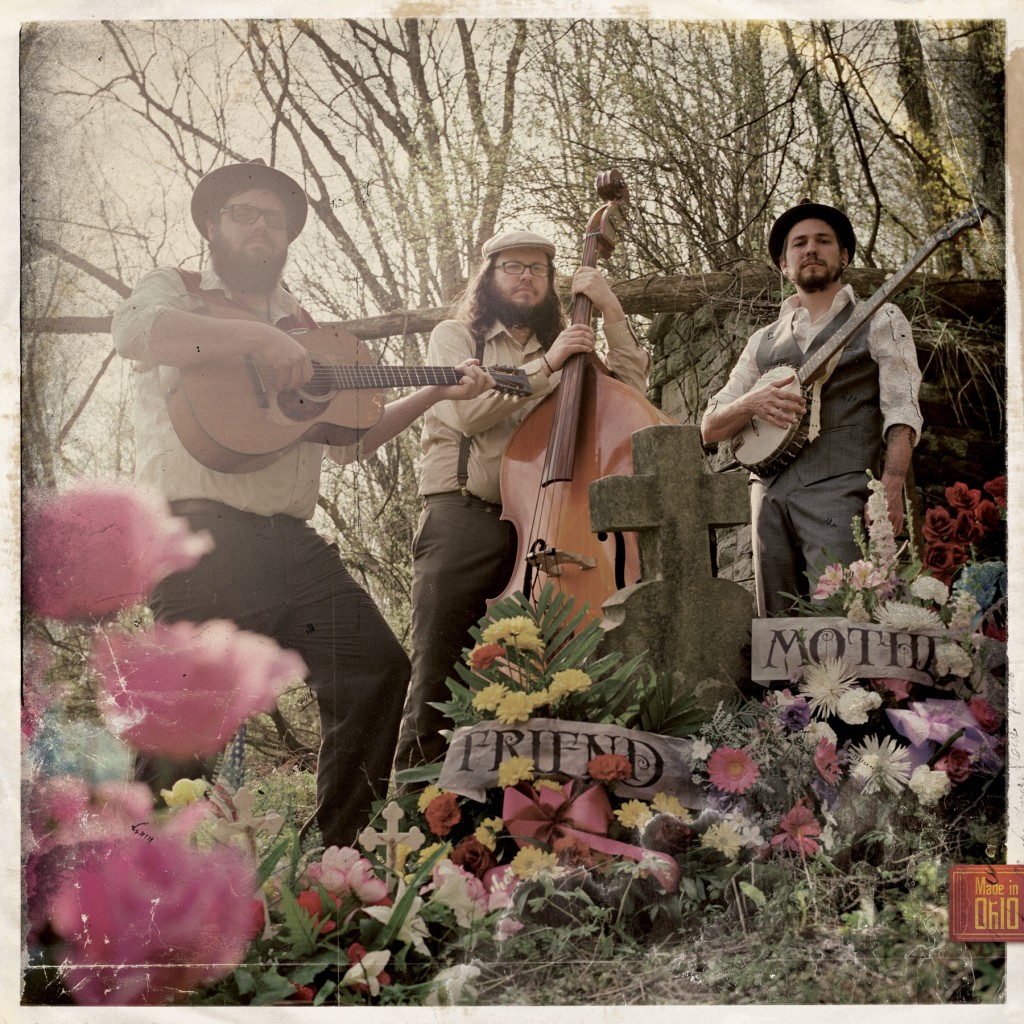 Get Band email for free at ReverbNation.com

The Tillers got their start in August 2007 when they started thumping around with some banjos and guitars and a big wooden bass. Their earliest gigs were for coins and burritos on the city’s famous Ludlow Street in the district of Clifton. The songs they picked were mostly older than their grandparents. Some came from Woody Guthrie, some were southern blues laments, and many were anonymous relics of Appalachian woods, churches, riverboats, railroads, prairies, and coal mines.
Their look didn’t fit the stereotype. They were clearly recovering punk rockers with roots in city’s west side punk rock and hardcore scene. The punk influence gave their sound a distinctive bite, setting them apart from most other folk acts- a hard-driving percussive strum and stomp that brought new pulse and vinegar to some very old songs. But their musical range soon proved itself as they floated from hard-tackle thumping to tender graceful melody, all the while topped by Oberst and Geil’s clear tenor harmonies.

They began picking up weekly gigs around the city’s bar scene. It didn’t take long before their signature treatment of classic folk songs became the preferred versions of Cincinnati locals. Their audiences swelled, growing into an assortment of grey-haired mechanics, neo-hippies, farmers, punkers, professors, and random strays all stomping, clapping, singing, and belting outbursts of “John Henry!” “Darlin’ Corey!” Ever since, the band has come to each show with the same energy. They are magnetic showmen, mature musicians, and colorful storytellers.

The Tillers have since won over Cincinnati’s bar and festival scene, and launching tours with tireless momentum. They were awarded CityBeat Magazine’s Cincinnati Entertainment Award for best Folk and Americana act in 2009, 2010, 2013 and 2014. Their relentless gigging has taken them throughout the East coast, the Midwest and West, the Appalachian south and to the UK and Ireland opening for the St.Louis crooner, Pokey LaFarge. In the summer of 2009, veteran NBC news anchor Tom Brokaw featured the Tillers on a documentary about US Route 50. Brokaw showcased the group’s song “There is Road (Route 50)” as a testimony to the highway’s role as a connective tissue of the nation.

Musically, the band wears many hats. Their sound has proven to be an appropriate fit with a wide range of musical styles- traditional folk, bluegrass, jazz, punk rock and anything else they might run into. They have shared the stage with a broad swath of national touring acts, ranging from renowned folk legends such as Doc Watson, Ramblin’ Jack Elliott, Guy Clark, Country Joe McDonald, Jerry Douglas, Iris Dement, Pokey LaFarge and The Carolina Chocolate Drops to rambunctious rock daredevils like the Legendary Shack Shakers.

Always moving, the Tillers continue to enter new territory. Their musical growth can be heard through the scape of their many releases, 2008′s debut record Ludlow Street Rag, 2010′s By The Signs, 2011′s Wild Hog in the Woods, 2012′s Live from the Historic Southgate House, 2013′s Hand On The Plow and many more bootleg releases. The band’s lineup has also taken new shape. In February 2010, long-time bassist Jason Soudrette fondly parted ways with the group, being replaced by Aaron Geil, brother of guitarist Sean. Recalibrating has not slowed their pace.

They continue to plot their travels around the map, electrifying new places and making new friends wherever they go. From place to place, they carry with them more instruments, new songs, and funnier stories. They are Cincinnati’s traveling minstrels. Expect to hear from them soon.