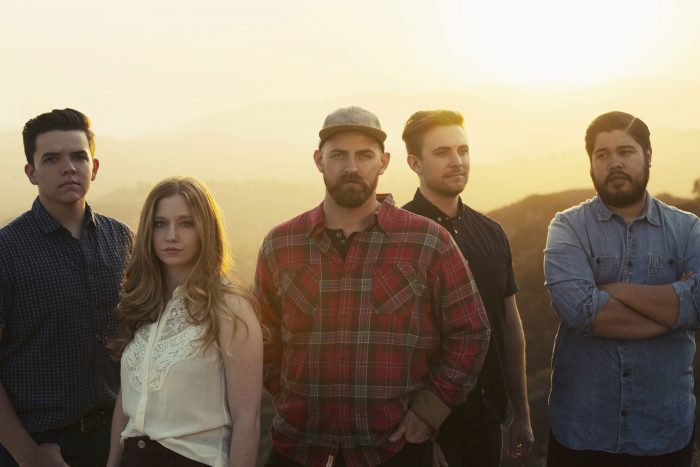 A concrete city’s heartbeat lies in its people’s country roots. And in a city full of transplants, sometimes you find a perfect match. When Arkansas native Clay Chaney came across Houston boy Jason Harris in their Los Angeles college choir, it laid the groundwork for a beautiful, musical friendship.
Through collaborations with Jason, Clay soon met and began to jam with fellow Houstonian Andi Carder, whose sassy songstress leanings paired impeccably with his down-home lyrical style. Once Jason heard the duo’s dynamic, he pulled in fellow college music mavens Kevin Brown on drums and Philip Glenn on fiddle, and the Show Ponies soon hit their stride.
Their debut record, 2013’s We’re Not Lost, premiered the brand of energetic, soulful Americana that would become their signature sound. What started as a small side gig quickly picked up speed, as their entirely crowd-funded project soon gained a devoted grassroots following.
Six years after their first show as the Ponies, the group has now debuted their most ambitious project to date, How It All Goes Down. From the driving intro of “The Time It Takes” to the final fiddle note of the title track, How It All Goes Down is a folksy reflection on the end of the world.
Drawing from journeys through heartache, exhaustion, and joy in their time both at home and on the road, the Fab Five look at doomsday through a largely hopeful lens. The same nostalgic bent that first endeared them to fans shows up in tracks like “Kalamazoo” and “Folks Back Home”: odes to how ‘the way things were’ can never be again. Poignant lyrics come alive in the Ponies’ heartfelt harmonies—the four horsemen (and one horsewoman) of a rollicking apocalyptic hoedown.
While no one knows quite what the future does hold, the Show Ponies plan to face it the same way they’ve faced the past six years. Wedding or funeral, high time or dry time, there’s one cross-country tour van ready for whatever lies ahead. For folks like these, there’s only one way to take on whatever’s to come:
“Keep on lovin’ you and singing my song.”