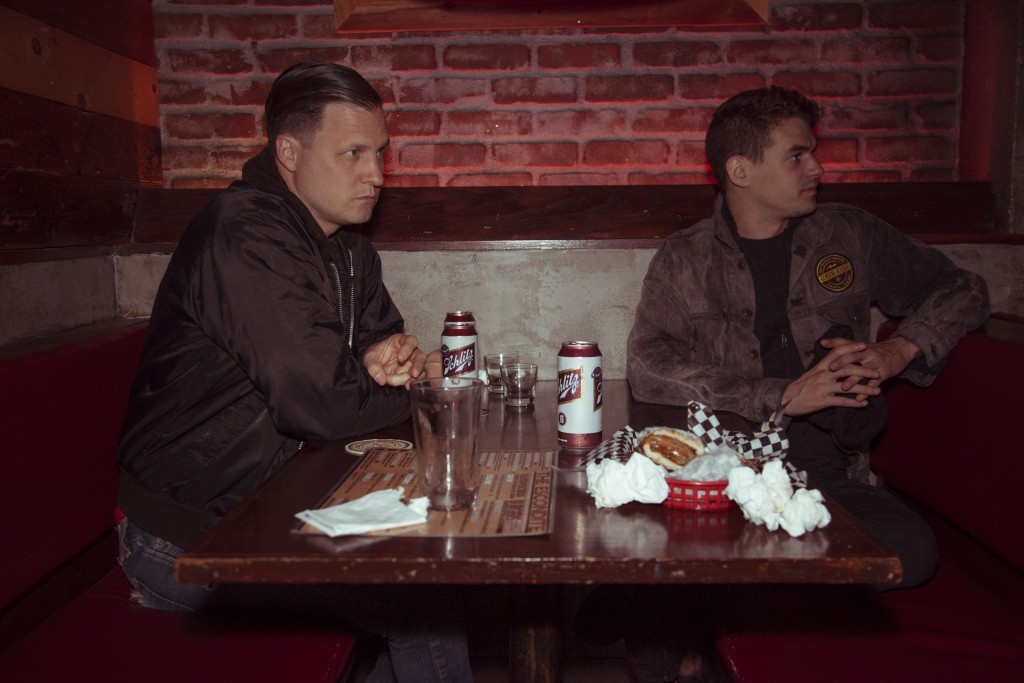 The story of SNAKEARM, per Troy Murrah:

“I gave myself the name ‘Restavrant’ as a one-man band years ago, never thinking it would stick with me for 8 years. It was a joke–mocking the idea of giving my band a name–especially a one-man band. It was kinda like Duchamp’s “urinal” being coined art. I was coining my band restaurant and spelling it with a “v”…hmm just cause of my appreciation of Roman history. I didn’t think a live show was on the horizon… just house parties and street corners. Then, a drummer got involved and people started asking to book us. I tried to change the name at this point, but the venues and the label we had signed with said it was too late. “People already know you for that dumb name.” Our whole approach to playing music was a kind of “fuck it” attitude. “Let’s create a party…at least for ourselves.” We were seeing a lot of boring live shows at the time. We aimed for the opposite. Now, 8 or more years later, that drummer has moved on and my approach to music making has slightly changed. Tyler (the drummer that has been with me the past four years) and I still bring as much energy to live shows as possible, but the “fuck it” attitude is not as overboard… just wiser. Now, there is a goal to create music with integrity. We care way too much about what we make for any of our songs to be unsubstantial. Every song will be substantial. They will all have a place… make you dance, make you pissed, make you cry, make you laugh… you will feel something, might even hate it…

Now, along with the slight attitude change, comes the name change. ‘Snakearm’… One of the new songs we have is called “Snakearms”… with an ‘s’. I wrote the song combining bits of my ‘sketchy’ past along with stories of my good friend’s ‘troubled’ past. Throughout my twenties I lived in an area where I definitely was the only gringo I’d see for weeks. I became good friends with a dude that was still involved in that hood’s gang. He was too smart for it and knew it. He had an old stereotypical jailhouse tattoo of a crudely inked in snake on a dagger. He was then given the name ‘Snakearms’… There were a bunch of bad nicknames in the midst of this “tribe”… ‘Sports’ (he liked sports), ‘Joker’ (he was funny and always playing practical jokes), ETC… Coincidentally, this was at the same time I gave myself the one-man band name ‘Restavrant’… Anyway, ‘Snakearms’ was done and wanted a change. I did what I could to give him work whenever possible, learn a bit of carpentry, make better decisions–ones you won’t regret while sitting in jail. All of this is inspiration for the track “This is It”. Eventually, he turned his life around, got a job doing maintenance for the school district, got married, and had two beautiful kids. He still hung out with the old crew, but didn’t “run” with them anymore–no more nightly regrets. I still would hang out with these guys too; just have some beers, BBQ, and help out with organizing funeral fundraisers for any of their fallen… All was good until “SA” / ‘Snakearms’ was chillin with the “old guard” at the wrong place and wrong time. He got hit with drive-by ‘overspray’. He managed to make it up the hill to his house and motion to his wife through the kitchen window to open the back door. He made it into her arms, but there he died.

The band name SNAKEARM is there in remembrance of my good friend. The lessons learned from his story are obvious ones, however, sometimes a real-life reminder keeps you in check. I keep this in mind with everything–with my music making, my art, my work, my family, my wife, and now my new baby… Create things that are crucial and spend my life doing things that are substantial to me…cause it can all be taken away in an instant.”