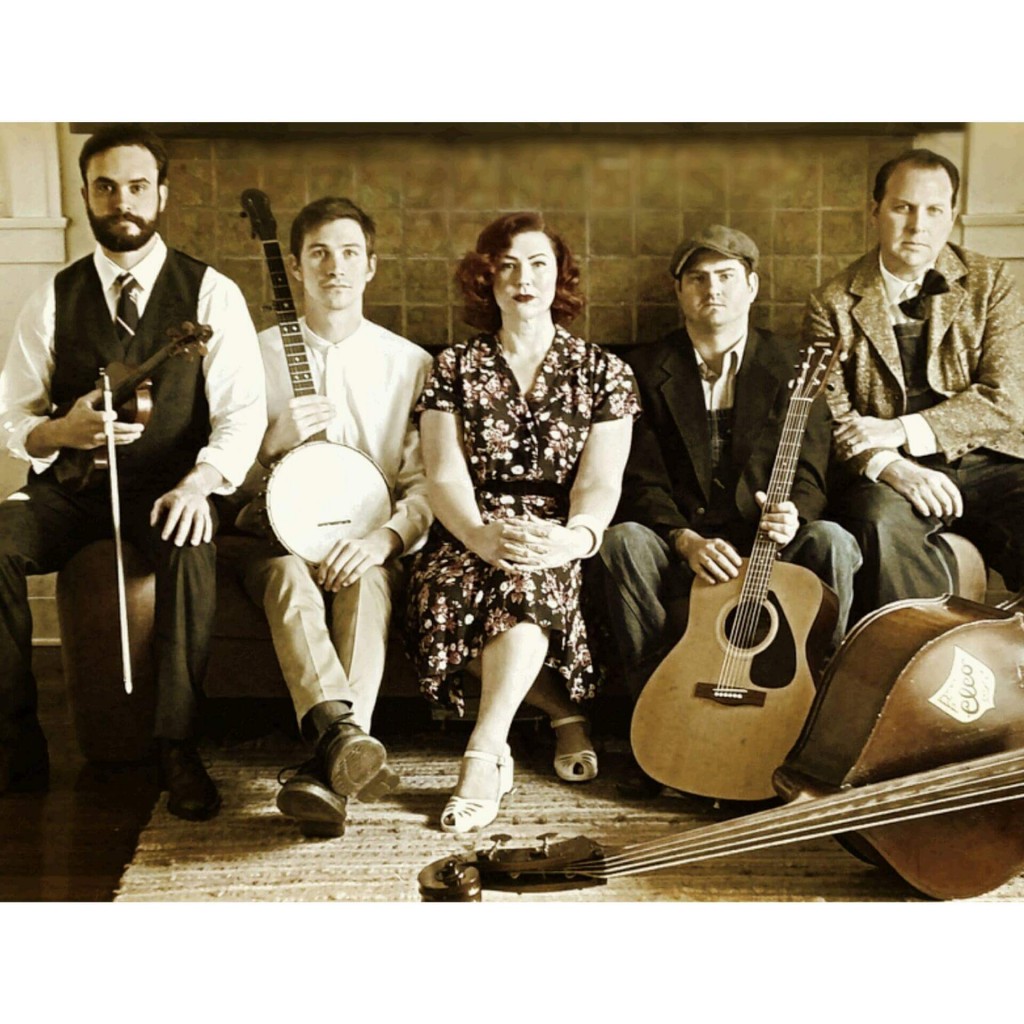 Amber Cavener (vocals): Amber was raised on old time music – her father and grandfather were both guitar players and singers from North Carolina. Family gatherings filled with music making led to a lifelong passion both for her and her brother, Jarvis Long III. Amber fronted ska, rocksteady and gypsy jazz bands before founding a traditional rockabilly group, Amber Foxx with her husband Bobby Cavener in 2003. The group has played festivals in the U.S., England and Australia.

Bobby Cavener (upright bass): Bobby was interested in music at a young age. Guitar lessons opened him up to folk, blues and early jazz. A broken thumb made him believe music was out until a friend showed him the upright bass. Along with being a founding member of his wife’s rockabilly grou, Amber Foxx, Bobby also performs with his brother-in-law’s hillbilly country band J.W. Long & the Weyman Creek Boys.

Jarvis Long III (guitar, vocals): Jarvis has had a lifelong love of country music. In 2006, after stints of punk rock and rock and roll, Jarvis returned to his roots when he formed J.W. Long & The Weyman Creek Boys, a hillbilly country band, with his brother-in-law Bobby Cavener. Jarvis brings the rhyhmic energy of his rock and roll background to his newfound passion – old time music.

Peter Linden (banjo): Peter fell in love with old time music while attending college in New York. Since moving back West, he has filed life with as much of it as he can, and with a little more sun.

Kyle McNally (fiddle, vocals): Kyle began playing the violin at an early age. After setting it down for many years, his passion for music was reignited when he moved to North Carolina and heard the sounds of old time, which he’s bee playing ever since.