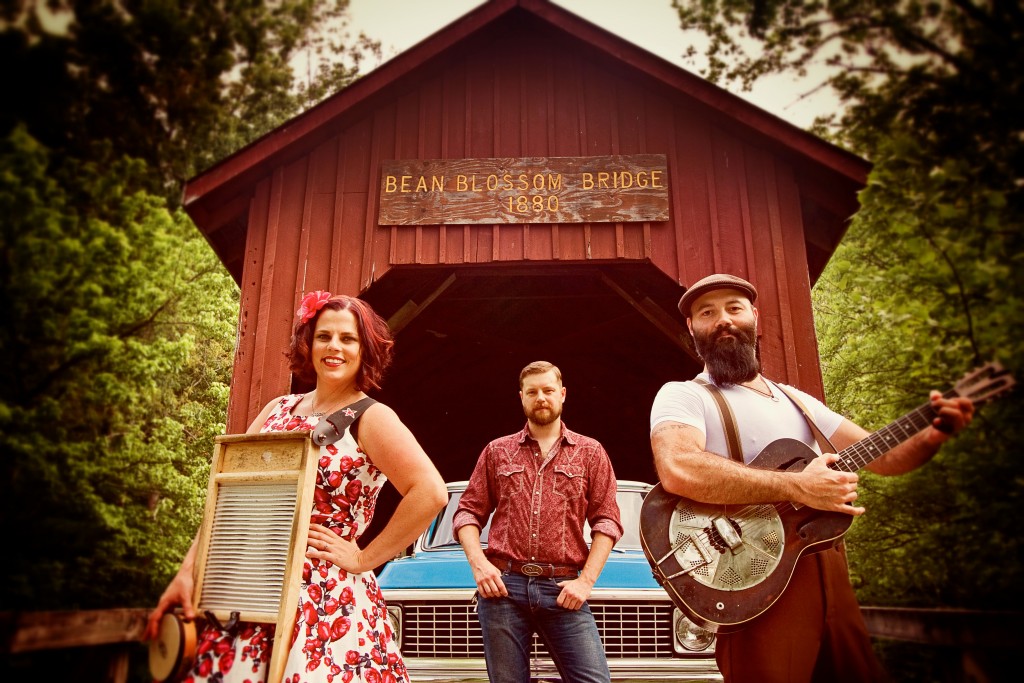 Roaring out of the southern Indiana foothills comes Reverend Peyton’s Big Damn Band playing a brand of Americana and Blues that stands alone – Delta blues and hillbilly fervor combine with musical acuity sharp as razor wire – best know, this trio is a force to be reckoned with. The growl of a good truck engine, the fiercest passion for his country home and family and an uncanny ability to breathe new life into old forms of music give them a pedigree many Americana acts would kill for and an ironclad work ethic keeps them on the road 250 dates a year, playing for the people with hurricane force. Locked in with an audience, the band create their own community and welcome the crowd into it, transporting them away from their troubles to joyous release, the way great musicians have done for centuries. The Rev. J. Peyton, his wife Breezy and Ben “Bird Dog” Bussell are a living breathing embodiment of the traditions and hard work ethic native to their Brown County, Indiana home. Their new album Between The Ditches is a chronicle of this lifestyle.

With a reputation for their incendiary live shows well established, The Big Damn Band set out to make the album that would finally capture the same heat, and they’ve done just that. Produced by Reverend Peyton and Paul Mahern (John Mellencamp, Iggy Pop), and mastered by Brian Lucey (Black Keys, Dr. John, Shins) Between The Ditches sets the standard for the genre and debuted at #1 on the iTunes Blues Chart and #2 on the Billboard Blues Chart. Between The Ditches features a new level of craftsmanship in both recording technique and songwriting. The Rev. feels that it’s their best album to date, ”I’m very proud of this album, the songwriting and the playing.”