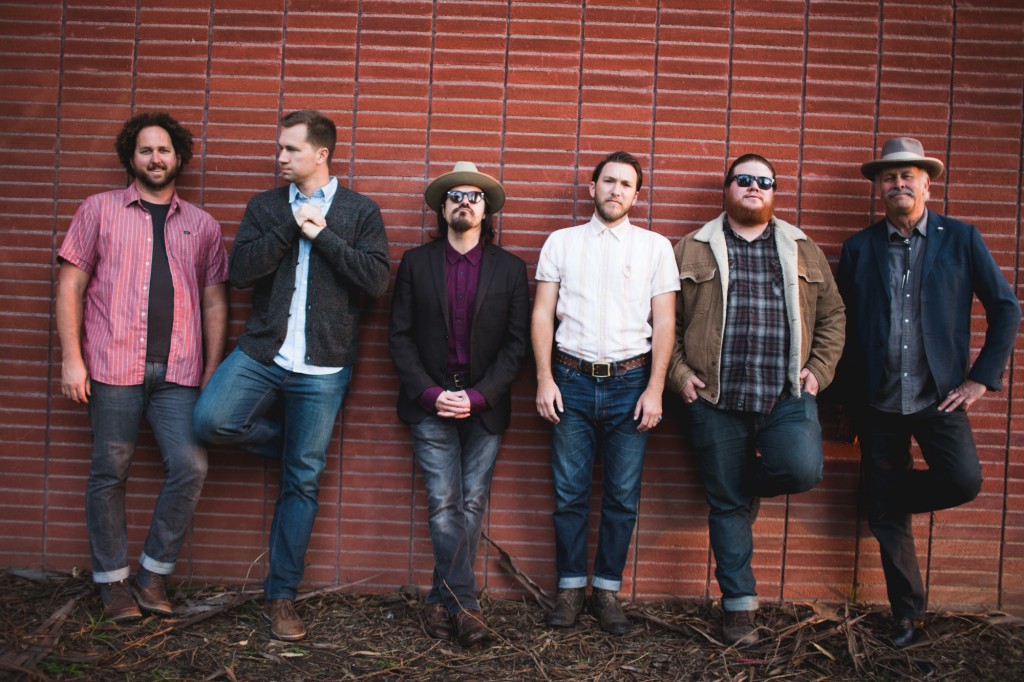 Moonsville Collective is an Americana String Band that stands firm in the traditions of Old Time, Folk, Country and Rhythm and Blues. The band formed in August of 2011 and hit the ground running, having played some 250 shows throughout California, Nevada and Utah in the two years following. Their heavy schedule allowed for them to quickly refine their craft and solidify their family mentality, which has been essential to the success of the group. Although half of the band reside in the southern cities of Los Angeles County, the band considers Orange County’s Costa Mesa to be its musical birthplace.

They are often related to, and spoken of carrying  the sensibilities of folk legends Levon Helm (of The Band) and Bob Dylan, the high energy of Old Crow Medicine Show, and clever lyrics like those of Hank Williams and Huddy “Ledbelly” Ledbetter. This sextet is made up of multi-instrumentalists where behind three part vocal harmonies is a mix of dobro, slide guitar, mandolin, tenor banjo, 5 string banjo, resonator guitar, fiddle, mouth harp, kazoo, and a tight rhythm section of upright bass and loose drums about the stage. The group is committed to being a premier live band, making every performance a high energy, joyful and sincere interaction with listeners, while proficient musical abilities give the band an improvisational nature that it certain to make each show a unique experience, never failing to leave listeners entertained.

Moonsville Collective released their first studio album in January of 2013, giving listeners a compilation of upbeat and energetic, thought provoking, and at times comical songs about life, death, love and sacrifice. The album treated them well, and in the short time they have been together, Moonsville Collective gained the trust and privilege of playing with well known acts such as Willie Watson (Old Crow Medicine Show), Donavan Frankenreiter, The White Buffalo, Wanda Jackson, Frank Fairfield, Rose’s Pawn Shop, Restaurant, Sean & Zander, and The Dustboal Revival. They have been asked to headline many of the large local festivals for the cities of Long Beach, Irvine and Costa Mesa, as well as doing many private events for premier companies in the Outdoor Retail market, who give them much support.

Their hard work has not gone unnoticed by the local industry, and have been awarded “2013 Best Country/Americana Band” by the OC Music Awards, “2012 Best Live Band” by OC Weekly and named “Best Bluegrass/Americana Band in Orange County” by CBS Los Angeles.