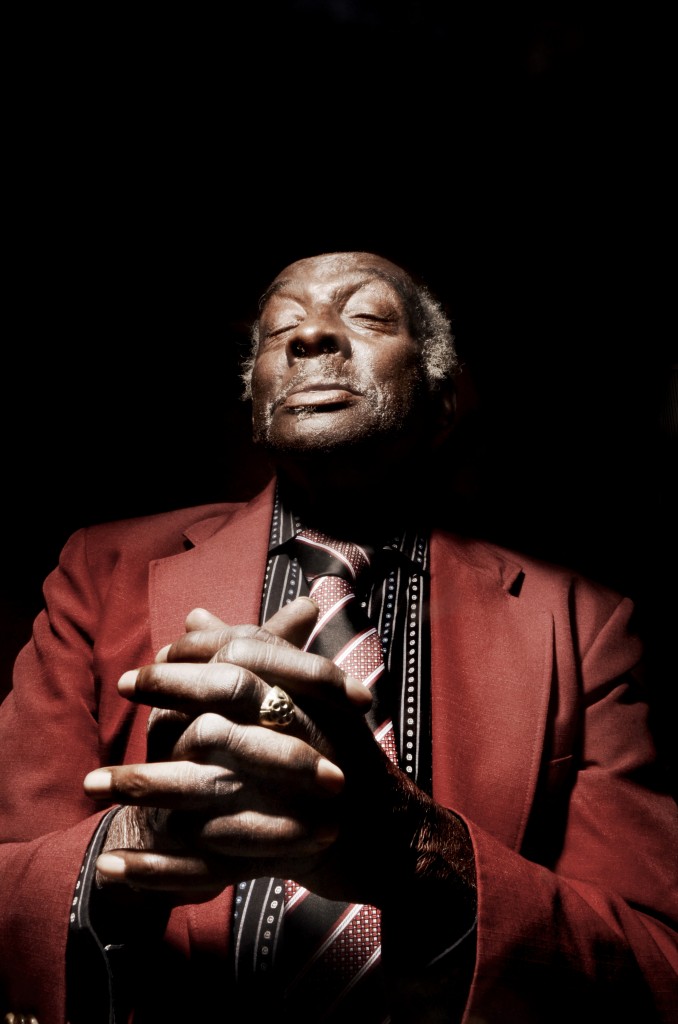 Leo “Bud” Welch Sr. was born in Sabougla, Mississippi in 1932. Bud picked up a guitar for the first time in 1945. Bud and a cousin would sneak and play the guitar while the actual owner of the guitar (Bud’s older cousin R.C. Welch) was away working. As he became confident in his ability to play guitar, Bud was caught red handed by the owner of the guitar, playing the forbidden to touch instrument. Bud’s older cousin was so impressed with his playing that he gave Bud free reign to continue playing the guitar. By 1947 at age 15, Bud could play well enough to perform publically and garnered the blessing of many elder guitar players. Bud was offered an audition by BB King but could not afford the trip to Memphis. Bud played the Blues continuously until 1975, at that time he converted to playing mostly Gospel, with the Sabougla Voices, which consisted of his sister and a sister-in-law. Bud also played with the Skuna Valley Male Chorus. Bud earned his living by carrying a chain saw up and down the hills and hollows of North Mississippi, logging for 35 years. Leo does not believe that Blues is the devil’s music but a way of expressing the highs and lows of one’s life through song. Bud had played his guitar for close family and friends for over 65 years and remained under the radar, undetected by the vast majority of Blues Aficionados, until April 19, 2013 after being secretly recorded performing at the 50th birthday of his now manger . Leo “Bud” Welch has taken the listening musical world by storm. Leo’s debut album “Sabougla Voices” was released January 7, 2014 just two months before his 82nd birthday and his sophomore album “I Don’t Prefer No Blues” was released on March 24, 2015 just two days after his 83rd birthday.