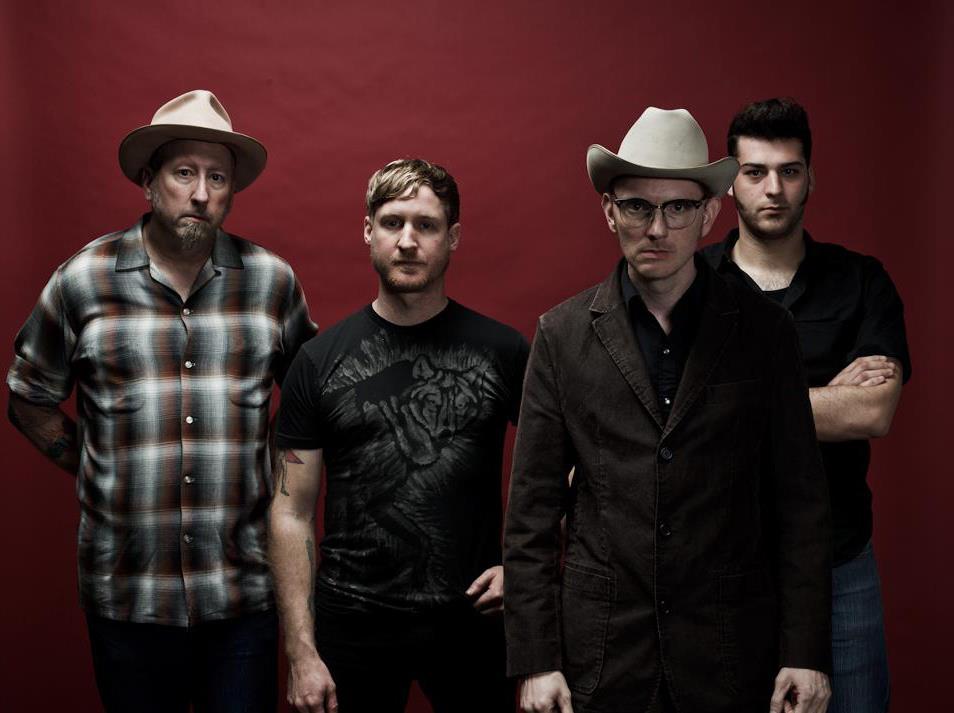 Send Newsletters to your fans from ReverbNation.com

Grammy-nominated soundtrack artists, the Legendary Shack Shakers, are back at it, soon to mark their 20th year as a group! Described by guitar legend Jeff Beck as “a cross between the Yardbirds and the Sex Pistols”, the band has obviously earned quite a name for itself. Their hell-for-leather roadshow is infamous for its unique brand of Southern Gothic that is all-at-once irreverent, soulful, dangerous, and fun.

Led by their wildly charismatic, rail-thin frontman/blues-harpist, J.D. Wilkes, the Shack Shakers are a four-man wrecking crew from the South whose explosive interpretations of the blues, rock, country, western and even carnival music have made fans, critics and legions of potential converts into true believers.

With the recent addition of Atlanta guitarist Rod Hamdallah and drumming wunderkind, Brett Whitacre, the Legendary Shack Shakers have quickly become known for providing some of the best entertainment (live or otherwise) that you can get for your hard earned money.

Founding member Col. J.D. Wilkes is the band’s vocalist and also plays the harmonica. Wilkes is noted for his wild stage antics, which have been compared to those of Iggy Pop, David Byrne, and Jerry Lee Lewis. Mark Robertson has played upright bass with LSS for the past twelve years, and Brett Whitacre has drummed for at least seven. Duane Denison, member of recently reformed The Jesus Lizard (and formerly Hank Williams III) joined the band in 2008. Current garage blues guitar player Rod Hamdallah joined the band early 2012.

The group initially gained notoriety when GEICO used their track “CB Song” on their “Sunglasses” television ad. Horror novelist Stephen King would later list the same track as among his iPod’s Top Five in a 2008 Entertainment Weekly article.

The band regularly tours with The Reverend Horton Heat, who also appears as a guest guitarist on 3 tracks from their 2006 album, Pandelirium. Former Dead Kennedys frontman Jello Biafra also guested on the album’s opening track, “Ichabod.”

Robert Plant is a noted Legendary Shack Shakers fan, and hand-picked the band to open for him on his Strange Sensation tour of Europe. Plant also named “Believe” his favorite record of that year’s releases.

The band released their 6th studio album; AgriDustrial on their own Colonel Knowledge label.

Although not legendary upon being named, the band has grown into its own shoes over the last several years due to a grueling tour schedule spanning the globe. The band has toured with Reverend Horton Heat, Robert Plant, Rancid, The Black Keys, Slim Cessna’s Auto Club, and Hank Williams III, among others. In 2003, Time Out New York Magazine said The Legendary Shack Shakers were “Among Top Ten Live NYC acts of the year”. Jello Biafra of Alternative Tentacles and The Dead Kennedys called J.D. Wilkes “the last great Rock and Roll frontman.”News Of The World called them “The maddest, baddest, most outrageous band in America.. a rockabilly version of the Sex Pistols.” The Nashville Scene voted Wilkes the Best Frontman in Nashville.