He’s My Brother, She’s My Sister 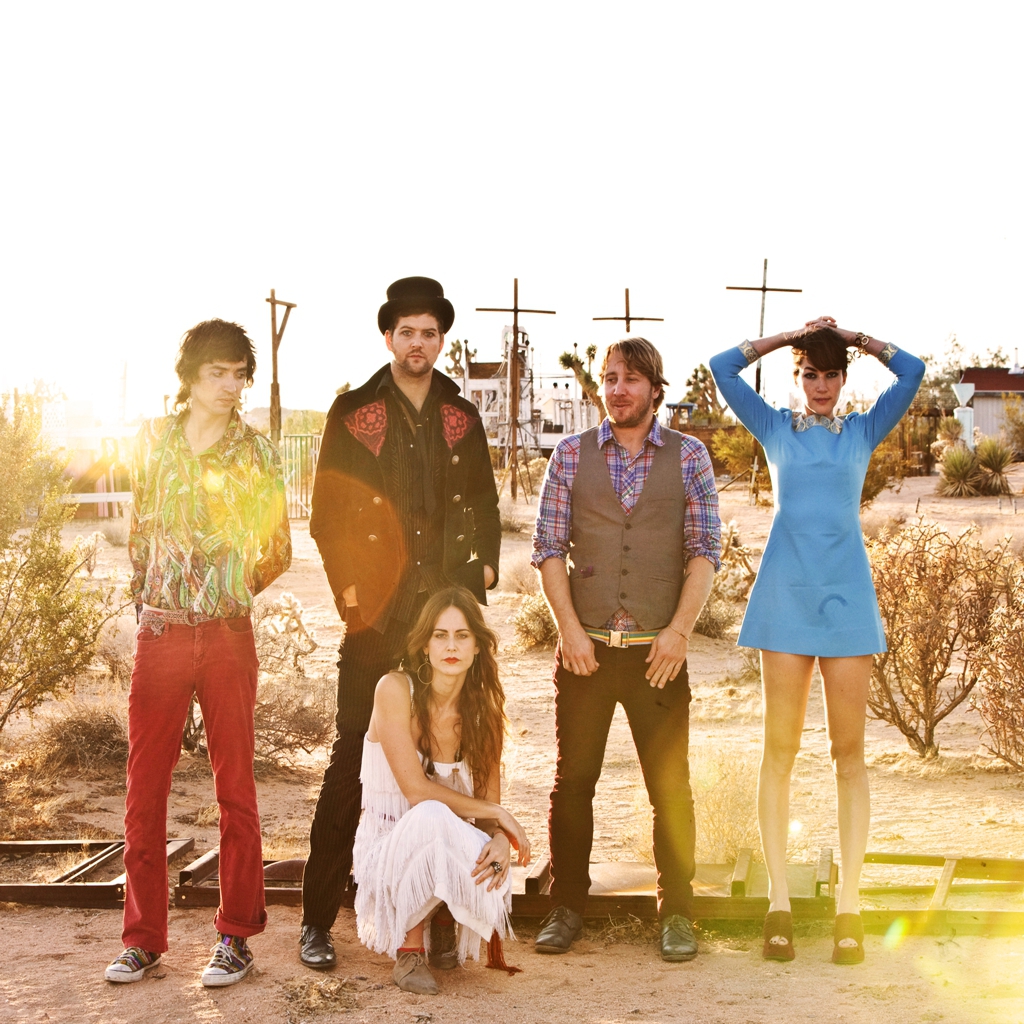 He’s My Brother She’s My Sister seem to invite a broad range of colorful words to describe their music and performances: {flamboyant folk,” “psych-acoustic,” “estranged and glamorous” and “vaudeville-y.” No doubt this is due to their mélange of musical styles, both modern and antique; their eccentric attire and sense of expression, both sincere and theatrical; and, their unique instrumentation, which includes a rhythm section bolstered by a tap dancer. Brother and sister Robert Kolar and Rachel Kolar split vocal duties, with Robert on guitar and kick drum and Rachel on tambourine. Their voices range from boisterous to introspective, from breezy to emotive. Lauren Brown adds full-body percussion with her fluid tap-dancing and drumming. Oliver Newell adds stand up bass with joyous flair. Aaron Robinson plays lead guitar on a lap slide, veering from nuanced psychedelica to American roots riffs.