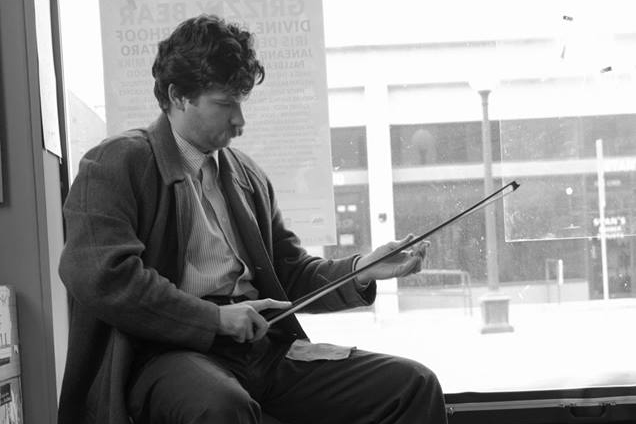 Frank Fairfield may sound like he was born in a hollow somewhere in the Appalachians, his voice as old as the hills as he scratches out old forgotten blues pieces and murder ballads on banjo, guitar or fiddle, but he hails from the San Joaquin Valley and he spent his childhood and teen years bouncing around California working odd jobs, taking factory shifts and occasionally attending school. Eventually he settled in Los Angeles, where he discovered he was pretty good at busking on street corners, and his passion for old 78s and the music of a previous century began to bear fruit as he developed as a performer, turning himself into a virtual facsimile of the old time musicians he revered. A slot as the opening act on a Fleet Foxes tour resulted in a recording deal with the folk and traditional music label Tompkins Square, who released his debut album, the self-titled Frank Fairfield, in 2009. Fairfield’s next release, 2010’s Unheard Ofs & Forgotten Abouts, was actually an archival sampling of his massive collection of old 78s. A proper second album, Out on the Open West, appeared in 2011 from Tompkins Square.