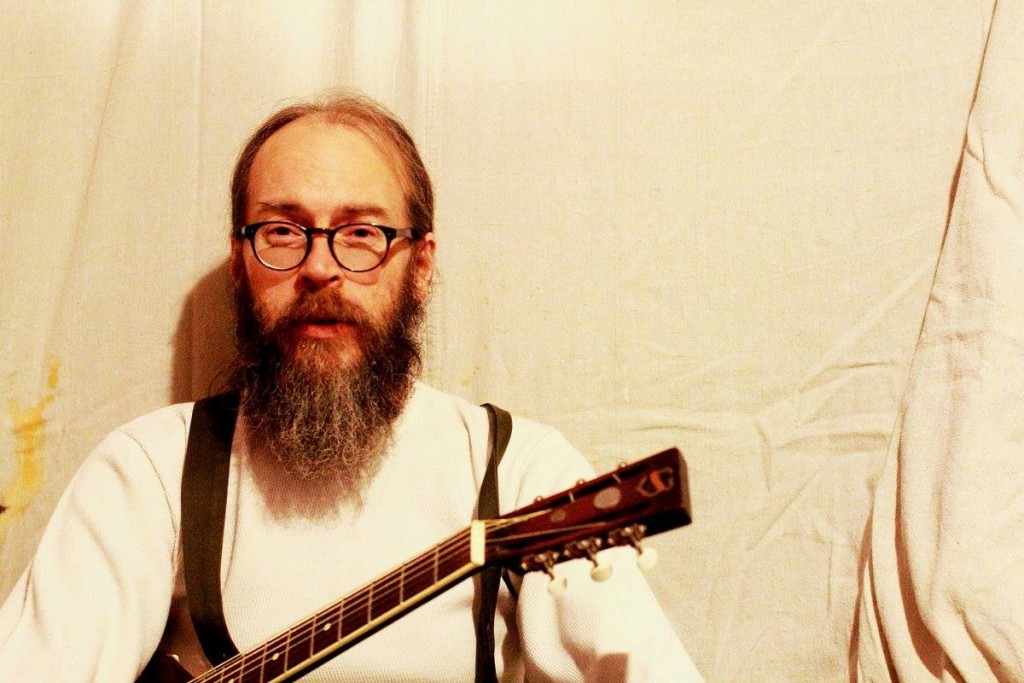 Many people play roots music, but few modern musicians live those roots like Minnesota’s Charlie Parr. Recording since the earliest days of the 21st century, Parr’s heartfelt and plaintive original folk blues and traditional spirituals don’t strive for authenticity: They are authentic.

It’s the music of a self-taught guitarist and banjo player who grew up without a TV but with his dad’s recordings of America’s musical founding fathers, including Charley Patton and Lightnin’ Hopkins, Woody Guthrie and Leadbelly. With his long scraggly hair, father-time beard, thrift-store workingman’s flannel and jeans, and emphatic, throaty voice, Parr looks and sounds like he would have fit right into Harry Smith’s “Anthology of American Folk Music.”

Parr uses three instruments, not including his own stomping foot. He got an 1890 banjo the first time he heard Dock Boggs. “I don’t do claw hammer, I don’t do Scruggs-style, it’s just a version of me trying to play like Dock Boggs, I guess,” Parr says.

He has two Nationals, a 12-string and a Resonator, which became an obsession when Parr saw a picture of Son House playing it. “The first time I got my paws on one, I went into debt to buy it,” he says. “Nationals are fun because they are as much mechanical as instrumental, you can take them apart and put them back together again.” On an overseas tour, the neck of the Resonator broke in baggage: he played the guitar by shimming the neck inside the body with popsicle sticks. “It solidifies your relationship with the instrument so much: It’s as much part of you as anything else.”

Most of his recordings, including Roustabout (2008), Jubilee (2007), Rooster (2005), King Earl (2004), 1922 (2002) and Criminals and Sinners (2001) eschew typical studio settings. He has recorded in warehouses, garages, basements and storefronts, usually on vintage equipment, which gives his work the historic feel of field recordings. It’s not because he wants to sound like he was discovered 75 years ago by Alan Lomax; it’s because most modern recording studios make the reticent and self-effacing Parr feel uncomfortable. He often works with engineer and mastering master Tom Herbers of Third Ear Studios in Minneapolis to give his recordings true fidelity no matter what the format, from mp3 to 180 gram vinyl to whatever is in between. Yet his music sounds so timeless that you half wonder if there’s not a scratchy Paramount 78 of Charlie Parr singing and strumming somewhere.

His inspiration is drawn from the alternately fertile and frozen soil of Minnesota. Parr grew up in the Hormel company city of Austin, Minnesota (population 25,000) where most of the world’s favorite tinned meat, Spam, is still manufactured. And he hasn’t moved far, drawing sustenance from the surprisingly large, thriving and mutually supportive music scene of Duluth: Parr’s 2011 album of traditional songs, Keep Your Hands on the Plow features locals including Charlie’s wife, Emily Parr; old-timey banjo/fiddle band Four Mile Portage; and Alan Sparhawk and Mimi Parker of the renowned alternative rock band Low.

The combination of industrial meat factory where both of his parents worked proud union jobs, set in a largely rural environment, had a broad impact on Parr. “Every morning you’d hear the [factory] whistles blow, when I was a kid they had the stockyards and animals there, so you were surrounded by this atmosphere,” Parr says. “My mom and dad would come home from work, their smocks would be covered by paprika and gore.”

But out the back door were soybean fields, as far as they eye could see. “As a kid I thought it was kind of boring, but now I go and visit my mom and I think it’s the most beautiful landscape there is.”

What leisure time was available was spent at an uncle’s farm a few miles away in Hollandale, where Charlie would pick the potatoes and other crops that would feed their families. Charlie’s father and uncle would buy whole cows from a local cattle farm. The family rarely ate Spam.

Parr shows the same resourcefulness on the road, averaging 3 or 4 shows a week, year round. To stay in traveling shape, he eats home-prepared meals such as spicy lentil curry, black bean chili and mix vegetables that cook on the manifold of his van while he drives. “It’s a good heat source and it’s handy—25 miles on the manifold will cook about anything you want.”

To many, Parr is considered a regional artist, which is another way of saying he doesn’t like to travel far from his family’s Depression era roots. “From Cleveland to Seattle and down to San Francisco and back is my area,” he says, though the focus is unquestionably Minnesota and the Northern Plains. Yet he’s built a big enough audience in both Ireland and Australia to tour both regularly. He’s had especially good fortune Down Under, where his “1922 Blues” was used as the counterintuitive music behind a Vodafone mobile commercial and became a viral and radio success. Three of his songs added atmospheric resonance to the 2010 Australian western “Red Hill.” On his last tour, his fourth of that continent, he was a guest DJ for three hours on a Melbourne roots music radio station, on which he played songs from his own mix CD. “The newest thing on it was some Bukka White recordings from the 1940s,” Parr says with some incredulity. “People were calling all morning to say how much they like the music.”

Quiet, thoughtful and humble, Parr has made two albums of spirituals, and a few traditional songs of the hard life and the hereafter are always in his live sets. Such music isn’t necessarily rooted in the Methodist church in which he grew up: “It was more like, let’s get the service over quick so we can get downstairs and drink coffee and have pie!” But faith, though undefined, underlines all of Charlie’s music, both in the listening, the covering, the writing and performing.

“When you listen to Charley Patton playing something like ‘Prayer of Death,’ way over and above it just being a ‘Charley Patton’ song, or a ‘spiritual’ song, it’s one of the most beautiful and haunting pieces of music you’ll ever hear in your life. You can’t quite put your thumb on it, you just want to do something like that so much…I don’t think I ever have, but it’s a weird, visceral thing. Any time I get a song like that right, I get kind of that weird feeling, you know?”

—Wayne Robins, April 2012
Wayne Robins has been writing about music since the 1960s, and lives in New York.