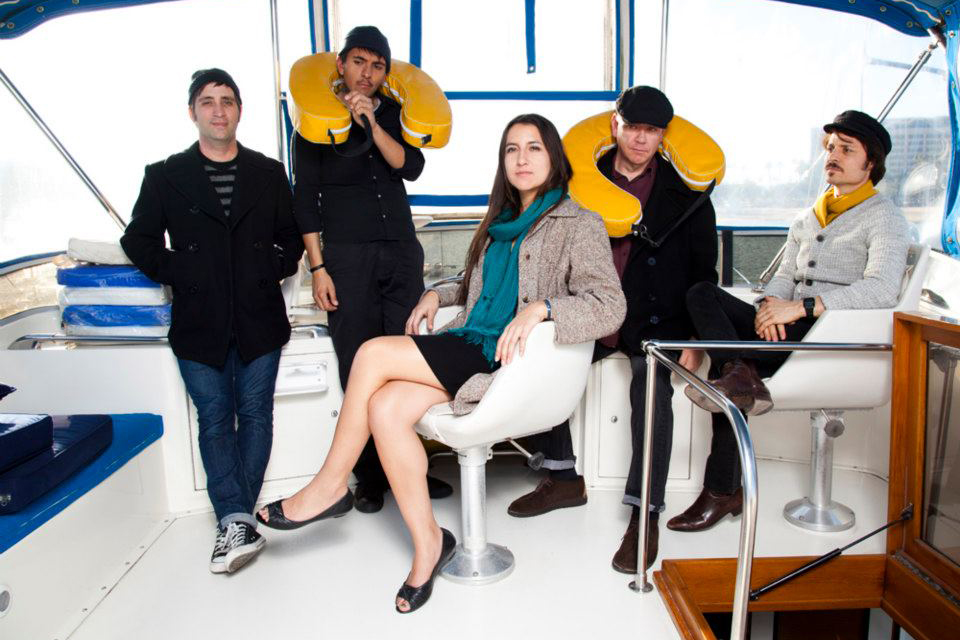 The infectious folk-pop-rock sounds of Long Beach based California Lions is head up by a nice blend of female and male vocals provided by Carina Downing and Daniel Perkins (who also plays guitar). The lineup is rounding out with Brad Gordon (guitar), Alvaro Rodriguez (drums), and Roberto Escobar (bass). The group has been making some waves in the local scene for a while now and are preparing to release a brand new album soon after their successful Kickstarter campaign. When they aren’t playing music they are crafting something new and original which shows in the DIY approach they take to their music and to their latest release.