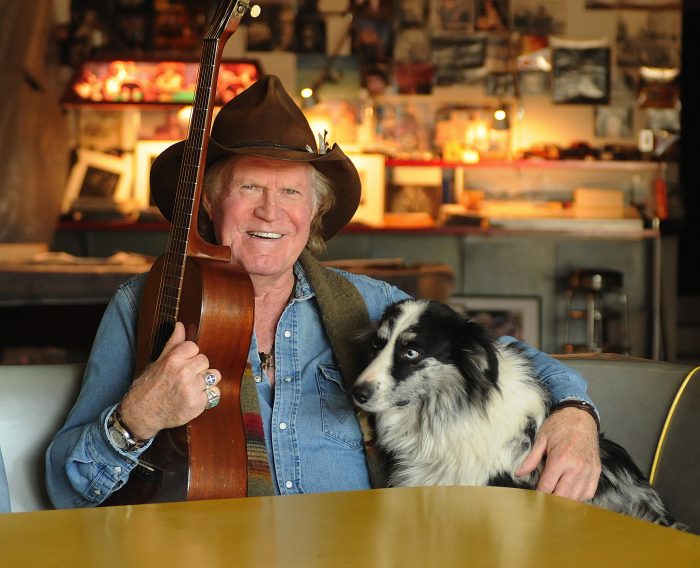 Billy Joe Shaver has never been a household name, but his songs became country standards during the ’70s and his reputation among musicians and critics hasn’t diminished during the ensuing decades.

One of the best synopses of Shaver’s upbringing is his own song, “I Been to Georgia on a Fast Train.” When he sings, “my grandma’s old-age pension is the reason that I’m standing here today,” he ain’t kidding. The “good Christian raising” and “eighth grade education” — not to mention being abandoned by his parents shortly after being born, working on his uncles’ farms instead of going to high school, and losing part of his fingers during a job at a sawmill — are all part of his life story. “I got all my country learning,” he sings, “picking cotton, raising hell, and bailing hay.”

After several trips between Texas andTennessee, he appeared one day in 1968 inBobby Bare‘s Nashville office, where he convinced Bare to listen to him play. Bareended up giving him a writing job and soon his songs began to see the light thanks toKris Kristofferson (“Good Christian Soldier”),Tom T. Hall (“Willie the Wandering Gypsy and Me”), Bare (“Ride Me Down Easy”), and later,the Allman Brothers (“Sweet Mama”) and Elvis Presley (“You Asked Me To”). Shaver’s real breakthrough, though, came in 1973 whenWaylon Jennings recorded an album composed almost entirely of Shaver’s songs, Honky Tonk Heroes — largely considered the first true “outlaw” album.

Shaver’s own debut album, Old Five and Dimers Like Me, was produced by Kristofferson in 1973. Along with the title track, it contained now-classic Shaver songs “Willie the Wandering Gypsy and Me” and the aforementioned “Georgia on a Fast Train.” In 1978 Johnny Cash recorded “I’m Just an Old Chunk of Coal (But I’m Gonna Be a Diamond Some Day),” a song Shaver wrote just after he chose to give up drugs and booze and turned to God for help.

All Music Guide lists 23 albums, from 1973’s Old Five & Dimers Like Me through 2007’s Everybody’s Brother. Among his many classic songs are “I’m Just an Old Chunk of Coal (But I’m Gonna Be a Diamond Some Day),” “Honky Tonk Heroes,” “Georgia on a Fast Train,” “Live Forever,” “Tramp on Your Street,” and “Try and Try Again.”

In 1999, Shaver was invited to perform at theGrand Ole Opry. In 2005, Billy Joe Shaver performed on CMT Outlaws. In 2006, he was inducted into the Texas Country Music Hall of Fame. He recently served as spiritual advisor to Texas independent gubernatorial candidateKinky Friedman and his 2007 album “Everybody’s Brother” was nominated for a GRAMMY. For his efforts, the Americana Music Association awarded him their Lifetime Achievement Award in Songwriting.

Shaver is truly one of the most respected living figures in American music. Bob Dylan, who rarely covers other writers, has often played Billy Joe‘s “Old Five And Dimers Like Me” in concert. Johnny Cash called him “my favorite songwriter.” TheWashington Post noted, “when the country outlaws were collecting their holy writings, Billy Joe Shaver was carving out Exodus.”