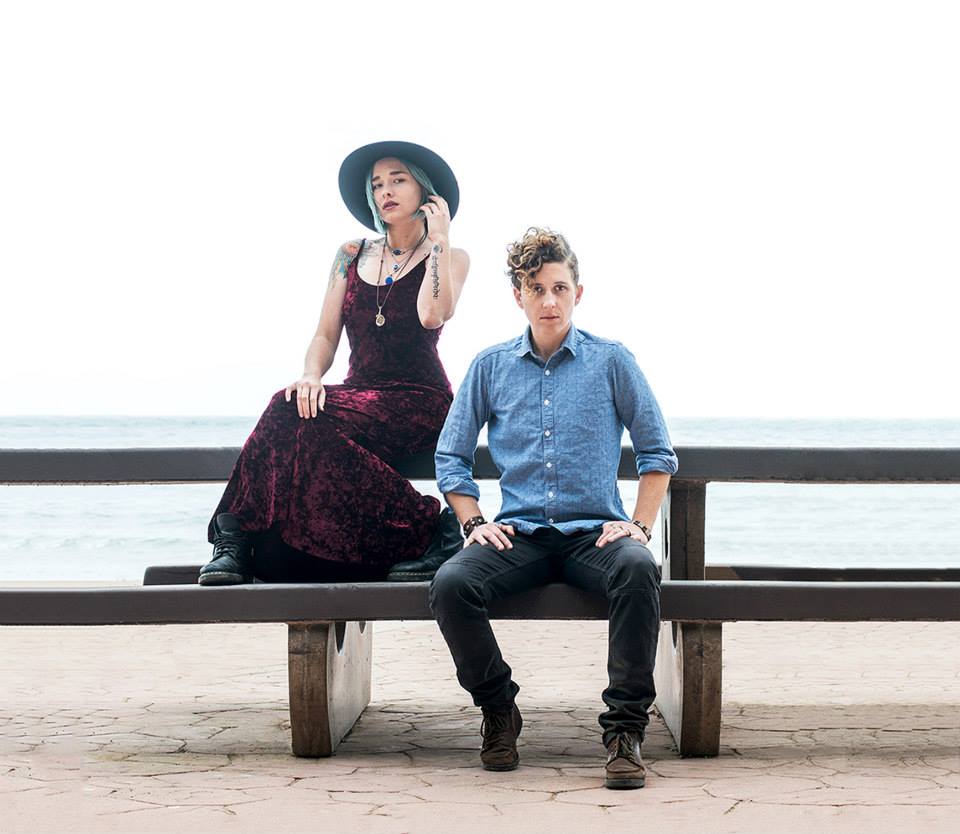 Indie folk duo Bearcoon has been out on the road for their first North American tour. They kicked things off with a record release show at Fingerprints Music in Long Beach on June 4th and plan to spend the next year on the road promoting their debut album, El Guapo.

El Guapo was recorded with the help of a $2,500 Grand Prize which the duo won at last summer’s concert/competition, Buskerfest, an epic battle of the bands which has been called “the golden grail of Long Beach music” (Long Beach Post). In January the duo teamed up with producer/engineer Anthony “Antoine” Arvizu for a labor-intensive two-day session at Arvizu’s Signal Hill recording studio, the Compound. Says Arvizu, whose deep resume includes engineering on Sublime’s 1992 debut album 40 Oz. to Freedom, ”This is one of my favorite records I’ve ever worked on, for the music and for the experience. Bearcoon is willing to be raw and honest, but they’re also willing to listen.”

Bearcoon’s songs which have been described as “pure acoustic awesomeness” and “catchy, captivating, tinged in Southern soul” (Long Beach Post) have already been receiving heavy airplay on KBeach radio shows and the Long Beach airport “Takeoff Volume I” series.

Bearcoon was forged in the fall of 2012 when singer, Solange Igoa, and guitarist, Andrea Walker, met at an open mic in Long Beach, CA. The duo’s “infectious stage dynamic” (OC Weekly) has made them one of the most sought-after bands in Long Beach and the girls have been logging up to ten shows a month including performances at the Long Beach Folk Revival Festival, Buskerfest (Winners-2014), Live After Five Official Kickoff, headlining shows at the Federal Bar, and many more.